Hamarøy is really no island, but a half island as long ago when the country lay lower was a real island. Hamarøy has no cities but several towns such as: Oppeid, Presteid, Skutvik, Innhavet and Ulvsvåg. Hamarøy is a municipality with varied and beautiful nature with rich wildlife. Hamarøy is most famous both at home and abroad for the author Knut Hamsun. He lived in Hamarøy for many years and has gained his inspiration for much of his authorship from nature and the people up here.

Hamarøy markets itself as the adventure country, and I think the municipality certainly has many good reasons to say so.

As a person from Narvik with grandparents in Saltdal south of Rognan, childhood summer was characterized by dusty road trips on a bumpy highway 6. At that time there were 4 ferry crossings on the trip between Narvik and Saltdal. There was a ferry north and one south of Hamarøy. Rally Hamarøy was a term that an early one had to learn to respect. It was about making a good position out of the ferry, so to drive as many idiots from abroad as possible to get a good spot in the next ferry. My father behind the wheel in a Saab 96 with Pepita cassette player and Kirsti Sparbo singing out of the speakers. These are my memories of Hamarøy.

Hamarøy is also so much more than driving along the E6.

I think it was in 1983 that I first drove the Ulsvåg - Skutvik route to get to Lofoten with ferry Skutvik - Svolvær. Then the experience became more complete by the adventure country Hamarøy.
Tourism and Knut Hamsun is important to Hamarøy as an industry. Many seek here year-round and especially in the summer. It was therefore important for Hamarøy that the Hamsun Center was realized. 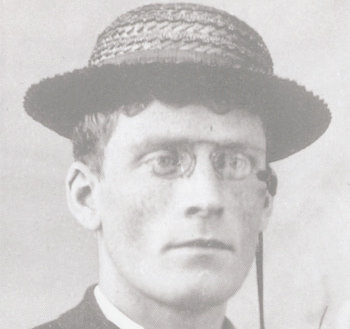 Knut Hamsun moved with the family to Hamarøy and Hamsund in 1862, around midsummer. They came moving from Lom in Gudbrandsdalen. The journey went over Dovre with horse wagon and on foot. Hamsun was just a little boy. There were bad times and many moved north to feed themselves on fishing and the earth could provide. From Trondheim they continued on with the steam boat Ægir and probably to Grøtøy in Steigen, where they had boat shifts to Hamsund. 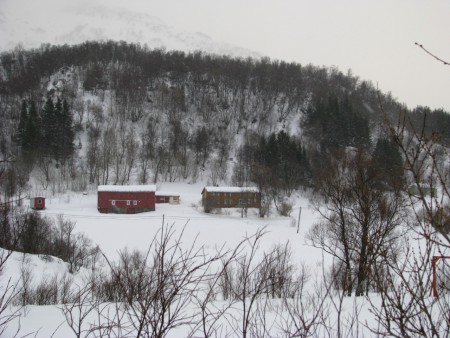 In the fall of 1874, he is employed by one of Saltens most powerful men, Nicolai Anton Walsøe, trader of Tranøy, who runs a large business based on the rich herring fisheries. Tranøy has been and is an important place for shipping. Lighthouse on Tranøy was first lit in 1864 and it was an unusual sight on the Nordland coast. 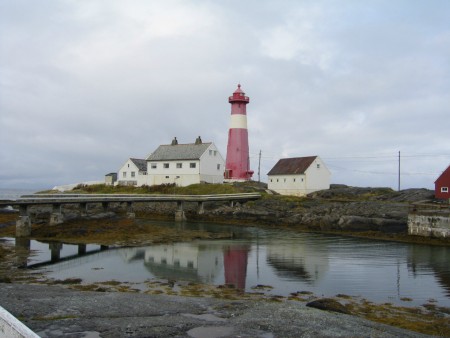 Tranøy's trading venue and lighthouse became important to Hamsund in his poem. Lighthouses and losers were often mentioned in his books. The lighthouse on Tranøy became very important for the ore ships in and out of the Vestfjord after the Ofotbanen opened in 1902. Tranøy was also a pilot harbour and at most 30 pilots have jobbs to operate the ore ships and other traffic.

The lighthouse on Tranøy is owned and operated by the coastal administration, while the rest of the buildings are run by Hamarøy municipality, which hosts hostages. It is possibility of experiences and accommodation. A piece of coastal culture that is important to take care of. I have a plan to reconstruct the place on a small pile by the cabin. For now, the lighthouse has been put in place 1.70 high with light and fog lurking. 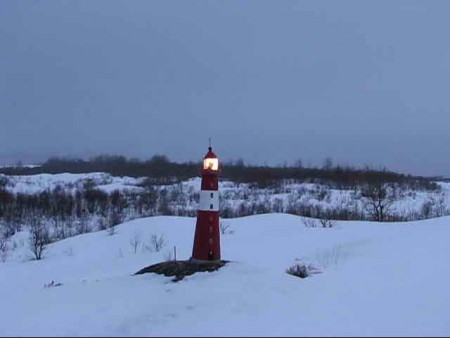 In 1875 Hamsun left Hamarøy.
After 21 years in the world, Knut returns to Hamarøy in the early summer of 1900. He has succeeded in becoming a famous and controversial author, and released three books that still stand as highlights in European literature, Sult (1890), Mysteries (1892) and Pan (1894).
After a while, Hamsun travels again in the summer of 1911, he returns to Hamarøy, together with his new wife Marie. They settled down on the Skogheim farm. 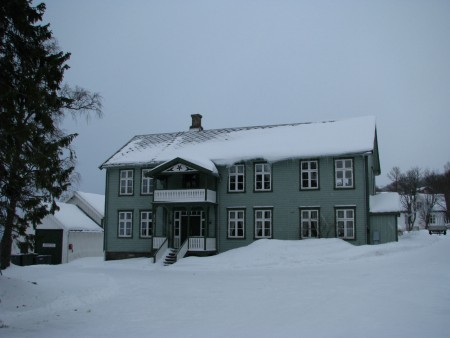 Here he and his family lived for 6 years. He had a dream of being a farmer, but it was Marie who took care of the farm, because Knut Hamsun had to have peace to write, and that peace he found best away from the farm and the young kids.
Hamsun's year at Skogheim is strongly influenced by the same thing that had characterized his former life; Restless flakering from place to place. 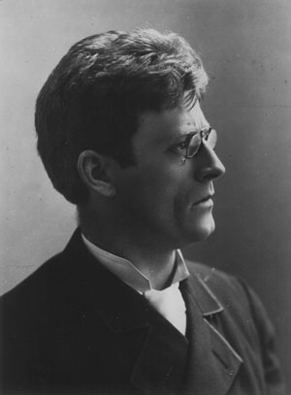 The 6 years was a literary fertile time. He wrote three major novels at this time, the double novel Children of the Age (1913), the City of Segelfoss (1915) and the Mark's Grain (1917) - the novel he received the Nobel Prize in 1920. In 1917, the family left Hamarøy, and settled for a while Nørholm, at Grimstad, where he lived until his death in 1952.
Everey 2. each year, Hamsundays is arranged one week to end, with art and craft exhibitions, literary seminars, concerts, outdoors and much more. Here is a picture from Nesstraumen, where Hellbillies had a concert some years ago during Hamsundays. 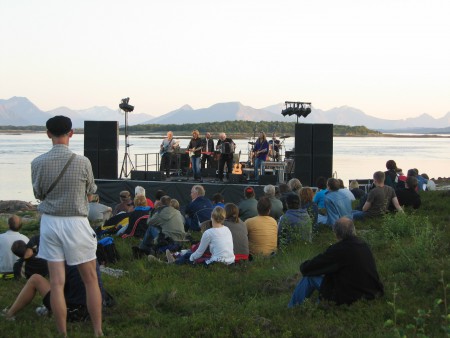 Here is a picture from the construction of the Hamsun Center. The center was designed by a renowned architect Steven Holl from the United States. There was a lot of fuss for many years about this project, but it ended up well. says ....... many. 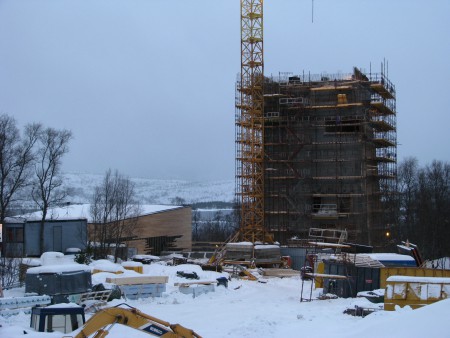 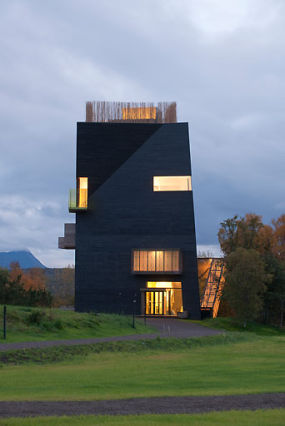